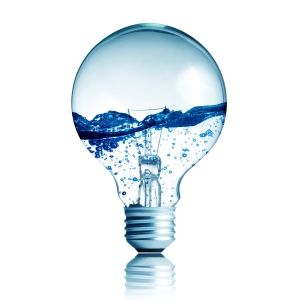 Small-scale hydropower is one of the most cost-effective and reliable energy technologies to be considered for
providing clean electricity generation.
In particular, the key advantages that small hydro has over wind, wave and solar power are:
• A high efficiency (70 – 90%), by far the best of all energy technologies.
• A high capacity factor (typically >50%), compared with 10% for solar and 30% for wind
• A high level of predictability, varying with annual rainfall patterns
• Slow rate of change; the output power varies only gradually from day to day (not from minute to minute).
• A good correlation with demand i.e. output is maximum in winter

It is a long-lasting and robust technology; systems can readily be engineered to last for 50 years or more.
It is also environmentally benign. Small hydro is in most cases “run-of-river”; in other words any dam or barrage is
quite small, usually just a weir, and little or no water is
stored. Therefore run-of-river installations do not have the
same kinds of adverse effect on the local environment as larger scale hydro schemes. 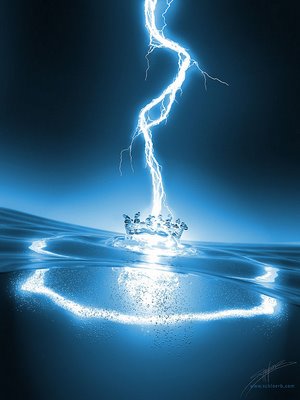 Hydraulic power can be captured wherever a flow of water falls from a higher level to a lower level. This
may occur where a stream runs down a hillside, or a river passes over a waterfall or man-made weir, or where a reservoir discharges water back into the main river.
The vertical fall of the water, known as the “head”, is essential for hydropower generation; fast-flowing water on its own does not contain sufficient energy for useful power production except on a very large scale, such as offshore marine currents. Hence two quantities are required: a Flow Rate of water Q, and a
Head H. It is generally better to have more head than more flow, since this keeps the equipment smaller.
The Gross Head (H) is the maximum available vertical fall in the water, from the upstream level to the downstream level. The actual head seen by a turbine will be slightly less than the gross head due to losses incurred when transferring the water into and away from the machine. This reduced head is known as the Net Head.
Sites where the gross head is less than 10 m would normally be classed as “low head”. From 10-50 m would typically be called “medium head”. Above 50 m would be classed as “high head”.
The Flow Rate (Q) in the river, is the volume of water passing per second, measured in m3/sec. For small schemes, the flow rate may also be expressed in litres/second where 1000 litres/sec is equal to 1 m3/sec.

This website uses cookies to improve your experience while you navigate through the website. Out of these, the cookies that are categorized as necessary are stored on your browser as they are essential for the working of basic functionalities of the website. We also use third-party cookies that help us analyze and understand how you use this website. These cookies will be stored in your browser only with your consent. You also have the option to opt-out of these cookies. But opting out of some of these cookies may affect your browsing experience.
Necessary Always Enabled
Necessary cookies are absolutely essential for the website to function properly. This category only includes cookies that ensures basic functionalities and security features of the website. These cookies do not store any personal information.
Non-necessary
Any cookies that may not be particularly necessary for the website to function and is used specifically to collect user personal data via analytics, ads, other embedded contents are termed as non-necessary cookies. It is mandatory to procure user consent prior to running these cookies on your website.
SAVE & ACCEPT